June 16, 2015 “Information Clearing House” – Syriza, the new Greek government that intended to rescue Greece from austerity, has come a cropper. The government relied on the good will of its EU “partners,” only to find that its “partners” had no good will. The Greek government did not understand that the only concern was the bottom line, or profits, of those who held the Greek debt.

The Greek people are as out to lunch as their government. The majority of Greeks want to remain in the EU even though it means that their pensions, their wages, their social services, and their employment opportunities will be reduced. Apparently for Greeks, being a part of Europe is worth being driven into the ground.

The alleged “Greek crisis” makes no sense whatsoever. It is obvious that Greece cannot with its devastated economy repay the debts that Goldman Sachs hid and then capitalized on the inside information, helping to cause the crisis. If the solvency of the holders of the Greek debt, apparently the NY hedge funds and German and Dutch banks, depends on being repaid, the European Central Bank could just follow the example of the Federal Reserve and print the money to secure the Greek debt. The ECB is already printing 60 billion euros a month to save the European financial system, so why not include Greece? 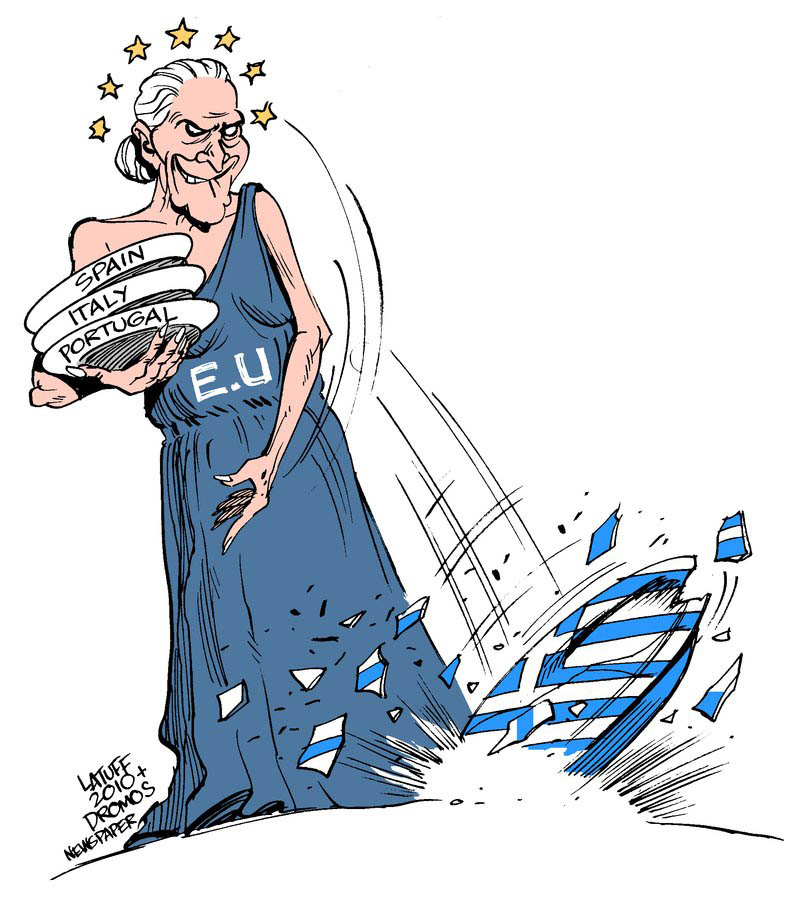 A conservative might say that such a course of action would cause inflation, but it hasn’t. The Fed has been creating money hands over fists for seven years, and according to the government there is no inflation. We even have negative interest rates attesting to the absence of inflation. Why will creating money for Greece create inflation but not for Goldman Sachs, Citibank, and JPMorganChase?

Obviously, the Western world doesn’t want to help Greece. The West wants to loot Greece. The deal is that Greece gets new loans with which to repay existing loans in exchange for selling municipal water companies to private investors (water rates will go up on the Greek people), for selling the state lottery to private investors (Greek government revenues drop, thus making debt repayment more difficult), and for other such “privatizations” such as selling the protected Greek islands to real estate developers.

This is a good deal for everyone but Greece.

If the Greek government had any sense, it would simply default. That would make Greece debt free. With just a few words, Greece can go from a heavily indebted country to a debt-free country.

Greece could then finance its own bond issues, and if it needed external credit, Greece could accept the Russian offer.

Indeed, if the Russian and Chinese governments had any sense, they would pay Greece to default and to leave the EU and NATO. The unravelling of Washington’s empire would begin, and the threat of war that Russia and China face would go away. The Russians and Chinese would save far more on unnecessary war preparation that saving Greece would cost them.

Dr. Paul Craig Roberts was Assistant Secretary of the Treasury for Economic Policy and associate editor of the Wall Street Journal. He was columnist for Business Week, Scripps Howard News Service, and Creators Syndicate. He has had many university appointments. His internet columns have attracted a worldwide following. Roberts’ latest books are The Failure of Laissez Faire Capitalism and Economic Dissolution of the West and How America Was Lost.