What Happened and Why: Six Theses 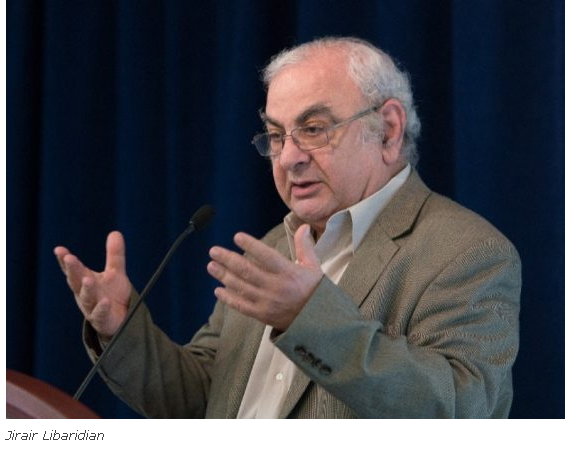 We are living through a very difficult period in our history. From September 27 to November 10 our army fought a ferocious war, and suffered a significant defeat with enormous consequences.

Before we can find a way out of this dark tunnel, in fact in order to find a way out, we must first understand what happened and why it happened. And we need to come to terms with it, to accept it. Many colleagues have offered answers. This is my contribution to that debate.

The November 10, 2020 cease fire agreement and subsequent statements by President Putin make clear that it is Armenia that speaks for Artsakh; it is not even clear how much voice Armenia itself will have in determining the future course of events. Regardless, in the eyes of all concerned Armenia is defined as the party that was and will be held responsible for any and all things in Artsakh.

2. In the aftermath of the defeat, we are confused and see confusion around us.

On the one hand, we are overwhelmed by the sense of disbelief, of being betrayed, not sure whether we can pick up the pieces of what appears to be a broken world. On the other hand, we are bombarded with mutual recriminations, with speeches and statements the purpose of which is to find some culprit other than us for the mistakes we have committed, with excuses and rationales for our actions and words, justifications as to why war was inevitable and why a defeat is not a defeat, with calls for revenge.

Adventurers, opportunists and super patriots throw everything they have to the public, from the smallest deed that was done wrong during the war to the wildest conspiracy theories; from accusations of bad judgment, cowardice, and desertion to treason worthy of the guillotine.

Above all, we have doubts on whether we are focusing on what is now essential. We no longer trust our faculties to know if we are asking the right questions, let alone if we have the right answers on how to assess the path that got us here and what to do in the future.

3. Still, we continue to ask, why did we end up here?  How did we manage to extract defeat out of the jaws of victory? What went wrong?

Most attempts to answer the question as to what went wrong so far have focused on mistakes and miscalculation during the war and on failures of out diplomacy. Many find fault also in the person of the Prime Minister.

Such answers have led us to solutions such as (a) to demand the resignation of the Prime Minister, (b) to reject the November 10 ceasefire agreement or seek to change it, (c) to push harder for the international recognition of the independence of Artsakh, (d) to correct the mistakes related to the execution of the war so that we prepare for a new round of fighting and this time expect a different outcome, so that we restore the status quo ante.

There were most probably many things that could have been done differently in the preparation for and execution of the war, but it is doubtful that we would have ended up with a significantly different result than what we have now. Experts, commissions, and historians will analyze these failures for a long time to come and will probably not agree on what went wrong.

None of these answers separately or taken together will provide a satisfactory answer to the fundamental problem we have.

4. We lost because instead of facing reality, for over two decades our leaders based their judgments on ideological, political, partisan and personal considerations. We lost because we refused to see the shifting balance of power, to accept that time was not on our side. We confused feeling good with thinking strategically.

In the specific case of Prime Minister Pashinyan, we must also take into consideration two factors: (a) his noble but fundamentally misplaced and dangerous belief that a democratic Armenia will secure the international support for Armenia’s position on the Karabakh problem, that the “West” cares more for democracy than it does for its interests, that an appeal to the Azerbaijani people beyond President Aliyev’s authority would produce a different Azerbaijani position, one that is closer to the Armenian maximalist one. And, (b) his unwillingness to act as a statesman and negotiate the return of occupied districts in an orderly and peaceful manner in return for equivalent security guarantees for our people on their land and for peace.

The West, the East, the South and the North have been telling us for over 20 years that (a) they will not recognize Karabakh’s independence, and (b) they consider the Armenian-controlled seven districts adjacent to Karabakh as occupied districts and that whatever the reasons for our having control over them, we must return them. Azerbaijan has been telling us during this time that they will go to war for those districts.

Having ignored them for so long, we still appealed to the West to help us keep the seven districts and to recognize Karabakh’s independence when we started losing the war.

5. Our fundamental problem is in the way we think. (By “we” in this case I mean most of our political parties and leaders.) Our problem is the way we looked at the Karabakh conflict and the way we framed the questions related to its resolution: we started by the conclusion that corresponded to our dreams, and then asked only those questions that confirmed our conclusions and did not challenge our assumptions and logic. Our problem is our political culture that relies on dreams rather than hard facts; the way we strategize, the way we easily set aside what the outside world and our antagonists say and do if these disturb any of our prejudices and predetermined beliefs. We adjust political strategy to our wishes, to what will make us feel good about ourselves rather than take into consideration the simple facts that collectively make up the reality around us. Our problem is the way we allow our judgment to be obscured by the highest, noblest and ideal solutions of our problems, our illusions. Our problem is the way we insist on overestimating our capabilities so that we would not question our strategy and compromise our dreams. We thought that our strategy “not give an inch back” was the right one because our cause was just. And we believed we could bend the will of the enemy and of the international community and have them think and feel the way we do.

We thought our dreams were so noble that just having them  constituted a political program and telling the world about them can replace strategic thinking. We did not want to disturb our comfortable way of feeling patriotic.

Since the antagonist was unwilling to give us what we dreamed of, we decided that the antagonist was inflexible, not willing to negotiate. And thus, we said war was inevitable, that it was a viable option, and that it was not our fault. At the end this logic reached its inevitable conclusion: that war was desirable; we would fight, and of course we would win, and compel the enemy to accept our logic, our terms, our solution. And any realistic assessment of the balance of power could be damned.  It was better to take our chances with war than with peace.

Taking chances with peace was a defeatist’s way out, we argued; there was no need to invest everything we had in negotiations, no need to sacrifice the purity of our dreams.

We even had the necessary framework to accommodate the inevitable loss of young lives. After all, is not our history full of heroes and martyrs? Especially martyrs? Are we not blessed with the memory of the Vartanank Battle, when over a thousand fighters died and became martyrs? Did not our history and our Church tell us that it was acceptable to have young men killed, even though a thousand self-sacrifices do not amount to victory?

Peace was treated, at best, as a choice that need not be valued more than war; it could be taken or rejected. And our rhetoric corresponded to that arrogance and, I might add, dangerously unwise judgment.

Both solutions, through negotiations or through war, were risky. Each had its own dangers. But at worst, with a failed peace we would have ended up where we are now, possibly even better. With war, the November 10 ceasefire agreement is the best we could have hoped for.

6. What we have today in the marketplace of strategic thinking as far as the government and the opposition that wants to replace it is extremely worrisome and dangerous. We see the continuing refusal to look at the real questions and the self-evident answers and repeat the same slogans, cling to the same illusions. We are offering the wrong solution to the wrong diagnosis.

By insisting on the continuation of the same failed and costly strategy, the government is trying to convince us, may be itself too, that the way it thought about the problem was the only way to think about it, that what was done was the only thing that could be done. The prime minister has confessed to minor mistakes that cover up the real failures of his thinking and strategy.

The parties opposing him in the street have not even done what Pashinyan did. They have yet to recognize having made any kind of a mistake, minor or major. That opposition is made up of the parties that have been the backbone of the faulty strategy and problematic way of thinking; a group that never raised a question about the path that would inevitably lead to war; an opposition that applauded when Pashinyan rejected a compromise solution offered by Lavrov that could have left us in better shape than we are now and done so without all the losses before the war and a short time into it. We have to ask: What problem were these people solving?

Some are even proposing to scrap the ceasefire agreement, force the other signatories to change it, or even to go back to war to avenge it. Did we need President Putin to warn us that any such move would be tantamount to suicide?

The likely consequence of continuing the thinking that led us to this historical loss is that the war may be renewed war as a result of which and we may lose whatever is left.

Now is the time to change course about the way we see our most recent past, if we want to develop a program for the future, one that will stand the tests of time and of common sense.