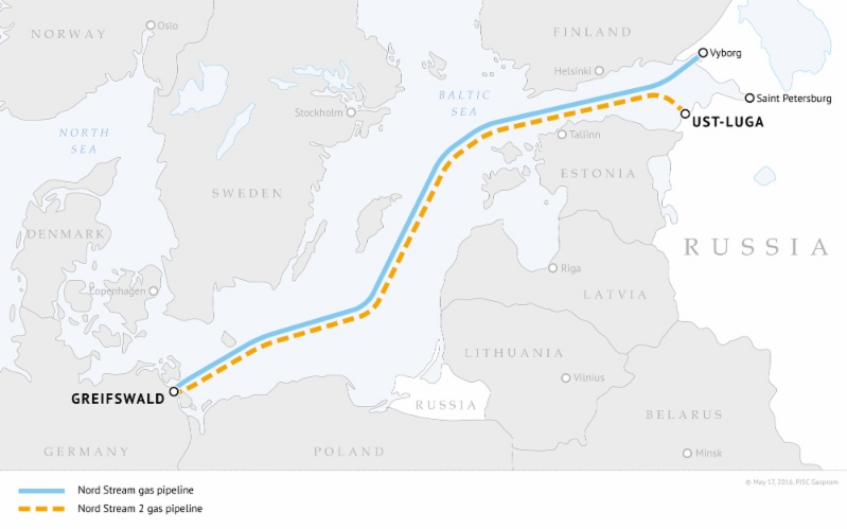 The United States want to stop the project as it fears the pipeline would strengthen Russia’s economic and political influence over Europe. The United States also has aspirations to increase its gas exports to the continent.

DNV GL decided to cease delivery of services to vessels with equipment serving the Nord Stream 2 project as its verification activities could be sanctionable under the PEESA.

DNV GL is currently reviewing documentation and observing construction activities to ensure compliance with these standards. This included monitoring the testing and preparation of equipment used by vessels to install the pipeline.

It is worth noting that the construction of the 1,230-kilometre pipeline is nearly finished but a final stretch of about 120 kilometres still needs to be laid in Danish waters.

In a statement given to Reuters, Nord Stream 2 stated: “It is up to governments and the European Commission to protect European companies from illegal extraterritorial sanctions”.

The $11 billion project is led by Russia’s Gazprom but half of the funding comes from five European partners – Uniper, Wintershall Dea, Shell, OMV, and Engie.

The project is designed as two parallel 48-inch lines, roughly 1,200 kilometres long, each starting southwest of St. Petersburg and ending at German coast, Greifswald. It is designed to boost the amount of Russian gas that can be shipped to Europe without having to go through Ukraine.

The gas pipelines will have the capacity to transport 55 billion cubic meters (bcm) of Russian gas a year to the EU, for at least 50 years.