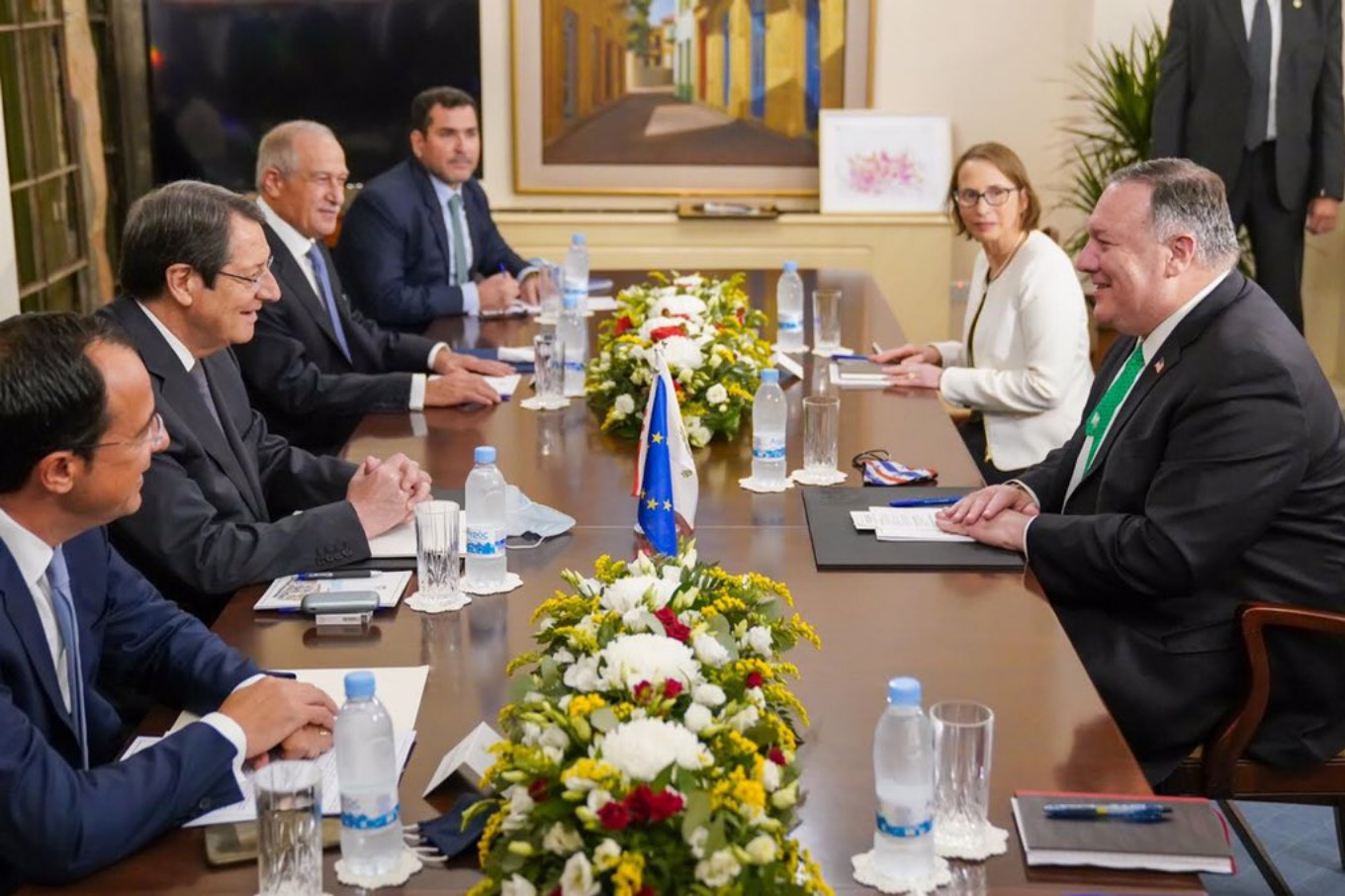 US-Cyprus relations are at an all-time high, according to a conversation held Friday between outgoing US Secretary of State Mike Pompeo and Cyprus Foreign Secretary Niko Christodoulides.

In a statement released by the US State Department late on Friday, Pompeo said that he spoke today with Republic of Cyprus (ROC) Foreign Minister Christodoulides.

Secretary Pompeo and Foreign Minister Christodoulides agreed that the strength of the US — ROC relationship is at an “all-time high” as a result of their partnership on significant issues including the temporary waiver of International Traffic in Arms Regulations restrictions, the entry of the ROC into the International Military Education and Training Program, and the launch of the Cyprus Center for Land, Open-seas, and Port Security (CYCLOPS) regional border security training center.

The US Secretary of State, who will be leaving the office as of January 20 when officials from the new Biden administration are sworn in, had expressed his concern about Turkey’s actions in the Eastern Mediterranean after a meeting in Nicosia in September of 2020 with Cypriot President Nicos Anastasiades.

“We remain deeply concerned about Turkey’s ongoing operations searching for natural resources in areas over which Greece and Cyprus assert jurisdiction in the Eastern Mediterranean,” Pompeo stated.

The top American diplomat stressed that the relationship between Washington and Nicosia “has never been better” and noted his decision on September 1 to temporarily waive export controls on direct commercial sales of non-lethal defense articles and services to Cyprus.

“Countries in the region need to resolve disagreements – including on security and energy, resource and maritime issues – diplomatically and peacefully,” Pompeo said and added:

“Regional cooperation is absolutely necessary for durable energy security, the creation of new markets, and economic prosperity in the Eastern Mediterranean.

“We remain deeply concerned by Turkey’s ongoing operations surveying for natural resources in areas over which Greece and Cyprus assert jurisdiction in the Eastern Mediterranean. The Republic of Cyprus has the right to exploit its natural resources, including the right to hydrocarbons found in its territorial sea and its economic – exclusive economic zone.

“We also believe that the resources of Cyprus should be shared equitably among the Greek Cypriots and Turkish Cypriots communities.

Pompeo also announced that the US and Cyprus signed an agreement to create a new training center to be funded by the United States and built on Cyprus.

It will provide expertise for the rest of the region on border security and nonproliferation and will be known as the Cyprus Center for Land, Open-seas, and Port Security, or CYCLOPS.

Related:  The US to Lift Arms Embargo on Cyprus After 33 Years