What Can the Diaspora Do Now? 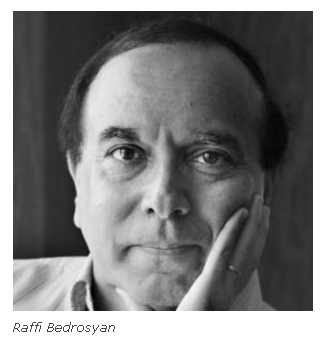 Undoubtably, Armenians all over the world are devastated by the 44-day war that resulted in the defeat of Artsakh and Armenia, pitted against an overwhelmingly large combined army of Azerbaijanis, Turks and jihadists equipped with greatly superior armaments and drones. The shock was even further exacerbated by the encouraging but misleading communications from the Armenian army that all was well and we were going to win, until the last day of the war.

Diaspora Armenians enthusiastically contributed to the war effort by donating more money during one month than the funds collected during the past twenty years. Many diasporans further contributed materials, medications and clothing.

Now that the war is lost, there is complete disappointment, loss of faith and trust among diaspora Armenians, combined with angry blame and accusations against both the present and past government leaders. Once the flurry of fury and protests subside, cooler heads prevail and we are again able to discuss the lessons to be learned from the mismanagement of past and present governments, I suggest the following steps be considered to improve the chances of survival for Armenia.

– Armenians in the diaspora have the financial, technological, scientific and economic resources and know-how to help the recovery of Armenia, as well as at least double the population of Armenia. They can and must be involved in the growth of Armenia by contributing their resources in a coordinated and organized way, not on a voluntary basis, and not be regarded as a milking cash cow as they have been until today.

– In order to provide a reliable and steady funding mechanism, diaspora Armenians should contribute a fixed amount monthly, say 5% of their income, as a tax or bond to the government of Armenia. In order to provide accountability for the proper investment and spending of these funds, diaspora Armenians should vote for diaspora Armenian candidates to be elected in the parliament, based on quotas for five different Diaspora regions, Europe, North America, South America, Middle East and Russia. The Ministry of Diaspora must be re-established with increased powers with representation from the elected diasporans, regardless of which party is in power. I believe this is the only way to re-establish a meaningful relationship between Armenia and its diaspora now.

– In order to provide additional ties for Armenian diaspora youth of high school age, a kibbutz-like program must be established for at least two summers of compulsory visits to Armenia by diasporan youngsters, financed by the government.

– In order to capitalize on the technological and scientific expertise of diaspora Armenians, sabbatical exchanges must be arranged through the companies where they work, financed by the government of Armenia.

All of these suggestions should and could have been considered before the war was lost. It is even more imperative to implement them now.