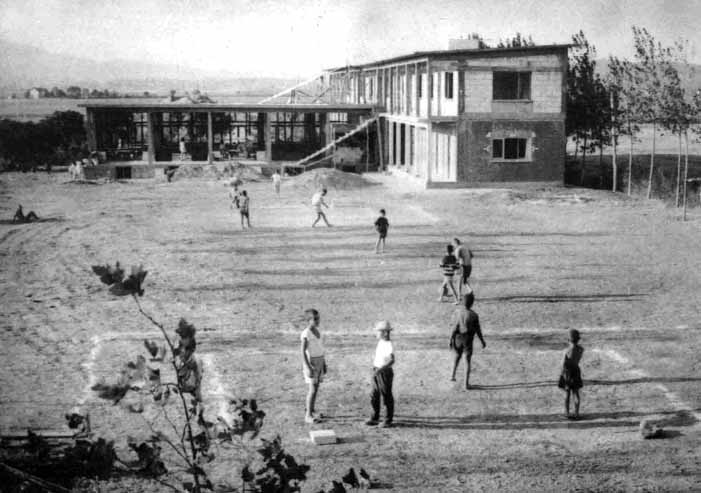 Regardless the petition and the appeals of Armenians of Istanbul, on May 6 the Turkish authorities destroyed the camp-orphanage located in the Tuzla district of Istanbul, where among many Armenian orphans Hrant Dink, founder of the Turkish-Armenian Agos newspaper who was murdered in 2007 and his wife Raquel Dink used to work and live for decades.  The destruction of the orphanage was suspended by the intervention of citizens, including Karo Balyan, Sezin Uchari and Ali Tcheliqi, opposition candidate members to the Parliament from Peoples‘ Democratic Party.

According to Agos, in the morning of May 6th construction machines entered into the premises of Camp Armen and started destroying the building despite the recent protest against the destruction of the Camp initiated through internet.

Camp Armen was one of the most symbolic and important property belonging to the Armenian community and confiscated by Turkish authorities. In 1915, after the Armenian Genocide, there was no school left in Western Armenia and more than 1500 Armenian orphans were living in the camp and being taught the Armenian language.

The Assembly of Armenians of Europe (AAE) condemns Turkey’s consistent pressure against Armenians and the persistent and non-constructive approach, which was reflected in its provocative attitude by transfering the Dardanelles celebrations from March 18 to April 24. This was not only a dishonoring act and an offense towards 1,5 million Armenian victims, but also to the whole civilized world.

We call upon world’s and Turkey’s leaders to condemn the extremist and irresponsible attitude of the Turkish authorities and to show solidarity to the Armenian survivors living in their countries. Turkey’s aggression and discrimination against the Armenian community and other national and religious minorities must be condemned.

AAE believes that such provocative and intolerent policy adopted by Turkey will lead to instability and agitations and will generate a new wave of national hatred and tension. We shouldn’t forget about Turkey’s everyday violations of human rights and freedom of speech and the fact that the number of imprisoned journalists is higher in it than in any other country of the world. The Assesmbly of Armenians of Europe expresses its gratitude to the countries and international organizations that have adopted a positive stance concerning the issue of the Armenian Genocide and the Turkish intellectuals, journalists and writers for  their solidarity to the Armenian people despite of the many threats that they face.

Assembly of Armenians of Europe

For more information on the destruction of Armen Kamp, please see: