U.S. Strategy In Turkey: Causing The Problem to Provide “The Fix”

June 18, 2015 „Information Clearing House“ – Yalikavak, Turkey – Those who honor the vision of the founder of the modern Turkish Republic view the current events in Turkey with grave concern.

Mustafa Kemal Ataturk said “Authority, without any condition and reservation, belongs to the nation.” This is written in the chamber of the Turkish Parliament. His populist vision held that the people of the nation themselves are the sovereign. His democratic vision for his people is again under threat.

Results of the election of June 7th 2015, have led to commentary in the western media that is predominantly hopeful and optimistic – proclaiming the election a victory for Turkish democracy. However, such spin fails to provide proper historical context and skepticism, and fails to meet the reality check. Informed Turks know better.

Critics of the present regime have contend that President Erdogan was only able to ascend to power with the backing of the U.S. government, most notably the CIA. His visits to the U.S. prior to assuming power, and the changes to Turkish law which enabled him to become Prime Minister, fueled popular perceptions among Turkish civil society that he was the puppet of Washington.

Washington surely knew that Erdogan would be an extreme authoritarian, as his political opportunism was well known, as was his ambition for great wealth (last year, The Telegraph reported on tapes of a telephone conversation with his son alluding to tens of million Euros in cash stashed away in his home). Thus, it was entirely foreseeable that he would have a limited time in power, and as we have seen in the recent election, Turks reject his efforts to rewrite the Turkish Constitution by placing power squarely with the President.

As has been the history of U.S. foreign policy, Erdogan maintained U.S. support only so long as he was able to serve to U.S. interests (see also Saddam Hussein, Manuel Noriega, Ferdinand Marcos, Mobutu Sese Seko, etc.). In fact, as Erdogan’s decline was seen as inevitable, the U.S. aligned itself with his former ally, and now nemesis Fethullah Gulen, who now resides in the U.S. and actively works to shape the Turkish political landscape.

Promoting Kurdish independence is a key piece of the U.S. grand strategic design for the Middle East. In 2006, during a NATO Defense College conference in Rome, the map below was shown (source, and for more, see http://www.scoop.co.nz/stories/HL0611/S00158.htm ). Retired U.S. Col. Ralph Peters reportedly prepared this map. During the 2006 NATO event, the Turkish military personnel protested the presentation of this map by leaving the event. This was a major news event in Turkey at that time, as this was perceived as a significant violation of the sovereignty of the Republic of Turkey. This, of course, did not and has not changed the agenda of the U.S. government. 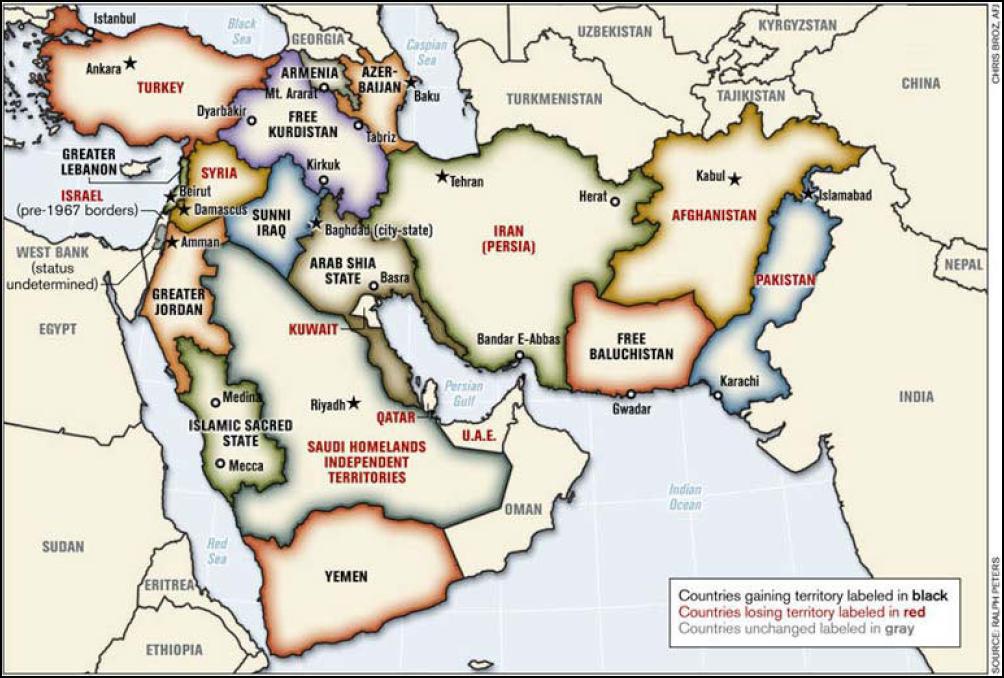 Further, the promotion of Kurdish political independence is vital to U.S. efforts to undermine the power of Syrian President Bashar al-Assad. Kurds, long a favored instrument of U.S. foreign policy, serve to balkanize centralized power in the region – furthering classic divide and rule aims of the U.S. in the Middle East. The most recent U.S. intervention in Iraq also underscores the pivotal role Kurds play in U.S. designs for the region.

There was no way Kurdish independence could be spoken of in Turkey until recently. Those who even broached the idea were dealt with harshly and swiftly. However, with the authoritarianism of the Erdogan regime, and the threat it poses to the secular culture that Turkey has had since its 1923 foundation, Turks are looking for an alternative source of power which will, of necessity, lead to coalitions amongst strange bed-partners. Kurdish autonomy is now the likely result of the most recent elections.

As Erdogan cracked-down on Turk civil society (for example, reportedly sending children to police custody because of the anti-government tweets they were sending through social media, planning prosecutions with fake evidence, arresting high ranking officials in the Turkish military, and buying the major media channels in the country to allow only the propaganda his regime wished to reach the public), it led secularists to consider other alternatives in order to bring down the current regime.

It is not by chance that one of the main opposition forces among the parties currently operating in Turkey, and which was very successful in the June 7th elections, is HDP, the pro Kurdish party which is asking for an independent Kurdish area in the current Turkish lands. It is instructive to note the similarities in the map below (source: http://www.milliyet.com.tr/2015-genel-secim-sonuclari-gundem-2071339/) and the map above (see “Free Kurdistan” above). As can be seen, HDP’s support aligns with the U.S. grand design for the mid-East – as unveiled at the 2006 NATO Defense College conference. 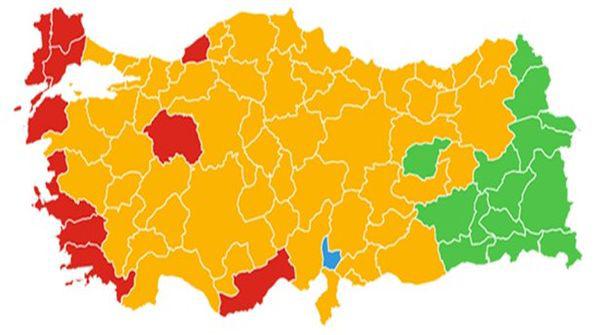 Above, the map of present-day Turkey shows in green the area that HDP won. Will this area remain part of the Republic of Turkey in the years ahead? Or will it become the Kurdish independent state that the U.S. so clearly desires in furtherance of its imperial ambition to control the resources of the region?

Don’t be fooled by the rose-colored glasses with which commentators in the Western media are portraying the June 7th election results. Yes, we can applaud the civil society mobilization to derail Erdogan’s authoritarian aims. But, there is so much more to this story than most people are hearing. Moving forward, look out for a greater role by the CIA in the region as Turkish and regional politics become more splintered.

The authors are a Turk using a pseudonym and a constitutional law professor at New York University and the University of New York in Prague, who have spent the past two weeks in Istanbul and other parts of Turkey observing the current state of the country.