Nagorno-Karabakh: This Could Be How the Next Caucasus War Begins 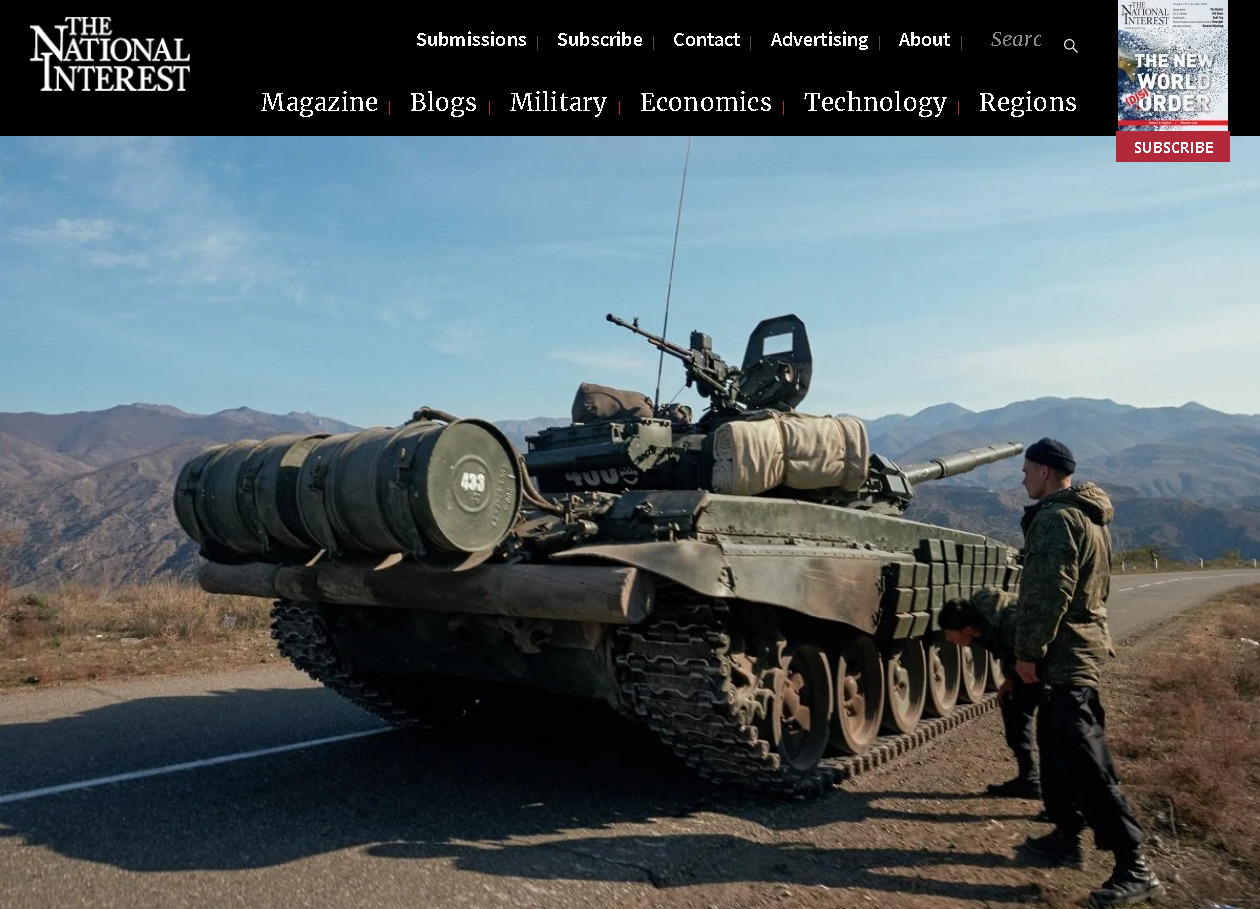 Simply put, too often, the United States plays checkers while other countries play chess. It is time for Washington, Paris, and others in the international community to think several steps ahead and anticipate the next war in the Caucasus if only to prevent it. Diplomats may value quiet, but they should be wary when past precedent and current evidence suggests quiet is not the foundation for peace, but rather the calm before an even greater storm.

The guns are silent, Russian peacekeepers both separate Armenians and Azeris and guard ancient Armenian monasteries to prevent their destruction by Azerbaijani soldiers and Syrian mercenaries. The joint Turkey-Russia truce monitoring center will soon begin operations in Azerbaijani-controlled portions of Nagorno-Karabakh. American and French diplomats assigned to the Minsk Group, meanwhile, seek to return to a diplomatic process shredded when Azerbaijani forces backed by Turkey launched a surprise attack on Artsakh, as Armenians called the self-declared independent entity in Nagorno-Karabakh.

It might seem the war is over but Western diplomats should be wary: The modalities surrounding the Lachin corridor—the land route connecting Armenia to Armenian-held portions of Nagorno-Karabakh through Azerbaijani-controlled territory—are not been fully resolved, and the route remains dangerous for civilians who are subject to sniper fire and kidnapping, Russian peacekeepers notwithstanding.

Lachin might be an irritant, but it is not the major problem. The November 10 ceasefire was a barebones document, written in a hurry. The clause which may sow the seeds for a new war is the last: “The Republic of Armenia shall guarantee the safety of transport links between western regions of the Republic of Azerbaijan and the Nakhchivan Autonomous Republic with a view to organizing the unimpeded movement of citizens, vehicles and cargo in both directions.”

There are two problems: First is the use of the plural “links” to connect the two portions of Azerbaijan separated by Armenia. That suggests more than one road or railroad and the further bifurcation of Armenian territory. That might be a diplomatic spoiler to any hope that peace will quickly follow the ceasefire, but it is unlikely alone to be a casus belli.

Rather, the second problem will be the Turkish truck traffic which will use the new route both to consolidate Turkish influence in Azerbaijan and extend Turkey’s economic and cultural ties to Central Asia. Should the traffic flow normally, there will be no issue. But should a sniper, for example, kill a Turkish truck driver, Turkish President Recep Tayyip Erdoğan will both blame Armenia and demand a buffer zone to ensure safe passage along the routes. Such a scenario is not far-fetched: Whether with regard to the “Reichstag Fire” coup or false flag terrorism, too often elements within Turkey seek to spark a crisis which Turkey then seeks to use to its advantage.

And just as ethnic chauvinism toward Kurds appears to have motivated Erdoğan’s moves into northern Syria, so too does Erdoğan’s disdain for both Armenians and Christianity color his moves now. Indeed, it was no coincidence that when Erdoğan picked the date for Turkey and Azerbaijan to launch their assault on Nagorno-Karabakh, he chose the closest Sunday to the 100th anniversary of the 1920 Turkish invasion of Armenia.

No Armenian government, neither that of incumbent Prime Minister Nikol Pashinyan nor any opposition figure, will be able to accede to a Turkish ultimatum to cede control over wide swaths of Armenian territory. Any buffer zone demand will, in effect, partition Armenia. The Armenian military, however, will be unable to match Turkey in either equipment or manpower. The only wildcard in such a scenario is Russia but the events of the past month suggest Erdoğan’s overconfidence trumps his fear of Russian deterrence.

Simply put, too often, the United States plays checkers while other countries play chess. It is time for Washington, Paris, and others in the international community to think several steps ahead and anticipate the next war in the Caucasus, if only to prevent it. Perhaps the easiest solution would simply be to ban Turkish trucks and drivers along the route. Diplomats may value quiet but they should be wary when past precedent and current evidence suggests quiet is not the foundation for peace, but rather the calm before an even greater storm.

Michael Rubin is a resident scholar at the American Enterprise Institute and a frequent author for TNI.