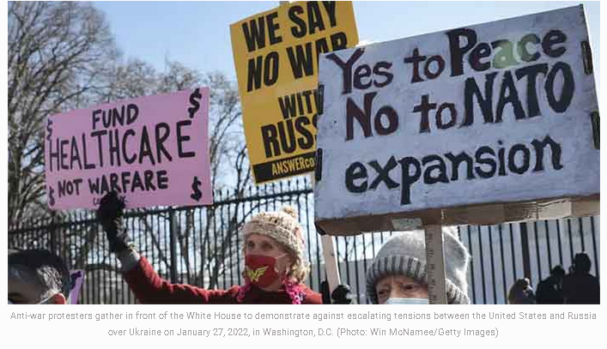 There is a persistent belief in both Europe and the United States that the “Western” economies are the most developed around, just as the “Western” culture and democracy, with its culture of abolition and total tolerance, is the only correct and advanced system. Russia, which is a bridge connecting Europe with Asia since Tsar Peter, has apparently chosen the European path. With all its exotic image and totalitarian regimes that oppressed the Russian people, deep down, the latter considered themselves Europeans. Their jokes and humor are easily understood in both North America and in Europe, and the Russians’ values in life are in many ways similar to European ones. And still, they were not accepted into the European family.

During the 18th and 19th centuries Russia accepted and completely assimilated tens of thousands of Polish, Dutch, German settlers, but was never recognized in Europe as one of their own. It turned out that picturing Russia as a wild Cossack riding a bear, a ruthless Asian “enemy” at Europe’s border was more desirable that integration with Russia. The notion of the “Russian threat” has been exploited since the 18th century by politicians, from Louis XV to Barack Obama. After all, nothing brings small European countries closer together than the image of a common enemy. The Russians sincerely did not understand why they were not accepted into the European family. After the collapse of the Soviet Union, Moscow even asked to join NATO. The only thing that politicians in Moscow asked their Western partners for was not to offend the Russian-speaking residents of the Baltic countries and Ukraine, who, in the wake of the Soviet collapse, had became second-class people there. Let us be honest, however. Russia was purposefully being nurtured as an enemy.

The Russophobic policy of the Baltic republics led to a break with Russia and forced Moscow to urgently start building, due to logistical security concerns, new ports in the Baltic. Two color revolutions in Ukraine, orchestrated by Western “democracies” brought local nationalists to power and eventually sparking a conflict in Donbass, where 95 percent of people were not native speakers of the “state” Ukrainian language.

Even then, the Russians tried to demonstrate their friendliness to Europe. In the spring of 2021, when Italy’s medical system was paralyzed by the Covid-19 pandemic, the Russians sent there several planes with doctors and medicines, along with a team of military personnel from the chemical defense forces, who helped the Italians disinfect quarantine zones in hospitals. Following the November 2015 terrorist attacks in France, the Russian military, which had previously suffered from radical Islamists itself, wrote on the missiles, which they used against terrorist groups in Syria “For Paris.” Russia’s opposition-minded intellectuals sincerely believed that Russian liberals would be dear guests in Europe. It seems that until February 2022, pro-government circles in Russia sincerely believed that the West could force Kiev to start implementing the Minsk agreements on Donbass.

Everything changed on February 24 this year. Seriously worried by the threat posed by the strengthening of NATO and a 140,000-strong Ukrainian army deployed along the demarcation line near Donetsk, Moscow launched a special operation and, a series of initial failures, the Russian troops are confidently grinding Ukrainian troops while Europe remained sympathetically silent. It is already clear that not a single kilometer of already seized Ukrainian territory will return under Kiev’s control. From an economic standpoint, the West’s retaliatory measures looked very surprising. A number of countries have completely stopped buying Russian gas, urgently renting floating terminals to receive expensive liquefied gas from the United States and Qatar. Most of the European countries, including Italy, whose people were saved by Russian doctors, started to supply weapons to Ukraine. And this despite the fact that nothing will stop the raging bear. European weapons will only prolong the war and kill an additional tens of thousands Russians and Ukrainians, including civilians.

What is most important, however, is the demonization of Russians. Hundreds of Russian liberals who opposed the war rushed to the West only to realize that no one expected them in Europe. After all, there is no such thing as “good Russians.” At best, if they repent for all their crimes against Europe, including the defeat of Napoleon and the storming of Berlin in 1945, maybe they will let them distribute food to Ukrainian refugees.

As a result, some of those who fled to Europe faced with violence and insults and eventually returned to Russia. Some went to Belgrade, where people like Russians, and to Istanbul, where people are equally neutral towards Russians and Ukrainians… provided that they have money, of course. In the meantime, a whole nation actually fell victim to the “cancellation” procedure. People seemed to have forgotten that one of the main causes of the war was the forced assimilation of Russians in Ukraine. Now, the Kremlin propagandists don’t even have to invent anything. All they need is just to translate Western articles about the “passport of a good Russian,” about “collective responsibility of Russians,” the confiscation of Russian businesses and private property in Europe and publish them with links to the European media outlets they come from. Besides, the confiscation of Russian assets in the West is something that Russia sees as nothing but outright theft. There have also been cases of numerous refusals to operate on sick Russian children in the West, the money for which had been raised by charitable foundations! For Russians, who love children so much, this looks atrocious.

As a result, we have a paradoxical situation. Despite certain setbacks of the opening phase of the war, more Russians began to support the special operation. Those who wrote “No to war” on social networks in February changed their rhetoric a month later and began to gloat over the lack of gas and coal in Europe. But neither the Russians nor the Europeans have realized so far the scale of the colossal revolution which is taking place in the minds of people, and in geopolitics. The Russians in the EU and the US got “cancelled” and, what is even worse, resigned to this.

Back in March, the Russians took over the grain elevators in Kherson and Berdyansk and, with a high degree of probability, before the start of the harvest, they will seize all of southern Ukraine, which, along with Russia’s Kuban and Altai regions, is one of the world’s largest granaries. Huge flows of Russian fertilizers, grain and hydrocarbons are slowly but surely turning to Asia. Which market is better? Europe’s economy, which has been stagnating for years, with a population of just about 400 million, or 3.5 billion people in Southeast Asia who need bread, heat, electricity, Russian weapons and machine tools? By year’s end, the Russians will finally expand their supply flows, fill their budget with money, get rid of their fear of an expensive ruble and will be able to spend trillions to rebuild the newly annexed territories. Actually, there is already an example of this – Crimea, where a 17-kilometer bridge was built in eight years, along with excellent highways, and where housing and business construction is booming. The global workshop – China will take over the Russian consumer goods market, displacing the remnants of European brands along with Russian manufacturers that are becoming popular amid the upsurge of patriotic feelings.

And somewhere beyond the Dnieper or in the Carpathians, from the Black Sea to the Arctic Ocean, an iron curtain, or rather a steel curtain, will fall. Instead of Spain and Italy, wealthy Russians will travel to Sri Lanka and Thailand, paying there using Chinese and domestic payment systems. Instead of Ukraine, European countries will buy grain from Arab and Chinese middlemen. The high incomes and consumer power of Europeans will change nothing here. There are 400 million of us, plus more than 3 billion people in Southeast Asia. Well, the union of two bears – a brown Siberian and a hardworking panda – will completely change the world’s entire security structure.

When, a year or two later, the whole of Europe, suffering from inflation, lack of food and hydrocarbons, falling economy and military overspending, will wonder “who is to blame?” how many people in Europe will have the guts to tell themselves: “we shouldn’t have cancelled the Russians…”?

Slavisha Batko Milacic – I live in Podgorica (capital of Montenegro), I am 31 years old, and I graduated history at University of Montenegro. My specialist graduate thesis was: “Foreign Policy of Russia from 1905 to 1917”. I have been doing analytics for years, writing in English and Serbian about the situation in the Balkans and Europe.