Appeal to the UN, EU and to the Organizations of the International Community 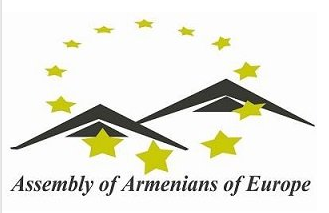 Since December 12, Azerbaijan government–linked organisations, under the guise of “environmental activists”, have blocked the Lachin Corridor of  Nagorno-Karabakh (Artsakh).

The Lachin Corridor is the only highway linking Artsakh with Armenia and the rest of the world. Its closure means that citizens cannot get essential items like food, medical supplies, vital medical services with hospitals barely able to function and the region’s 22,000 children are unable to go to school due to a lack of heating.

We condemn the violation of fundamental human rights of over 120,000 Armenians in the Nagorno-Karabakh (Artsakh) region through the blockade imposed by Azerbaijan government forces.

THIS IS A LIFE AND DEATH SITUATION FOR Armenians living in their homeland Artsakh.

The military-political leadership of Azerbaijan bears the full responsibility of all these terrible actions that is a direct threat to the international peace and security.

Artsakh (Nagorno-Karabakh) Armenians have the right to self-determination and Azerbaijan must recognize and accept the results of the public referendum which took place in DEC. 10, 1991, and officially acknowledge the results of the referendum and the final decision of Artsakh (Nagorno-Karabakh) people to secede from Azerbaijan.

We call upon the United Nation, European Union, the governments and the International Community with a mandate to protect human rights, and other actors involved in the resolution of the Nagorno-Karabakh conflict to take all possible measures to stop the humanitarian crisis in Artsakh that is deepening daily.

We apply  to put pressure  on Azerbaijan to open the Lachine corridor immediately and without preconditions and guarantee that such a situation would not happen again.
Touchable steps to ensure the security of Artsakh Armenia.
Establish human rights office in Artsakh.
Apply diplomatic, economic and personal sanctions to the assets of the Azeri government.

Immediately extend the mandate of the European Union’s monitoring mission in Armenia.

Today’s international public organizations must absolutely remain faithful to their own declared values and aims.

The Assembly of the Armenians of Europe, as an NGO active in the family of the European Communities demand of the International Public Opinion to finally hear and listen to the scream for Justice of people that want to live in peace and harmony in its homeland.

Assembly of Armenians of Europe