Biden Should Keep His Word and Recognize the Armenian Genocide 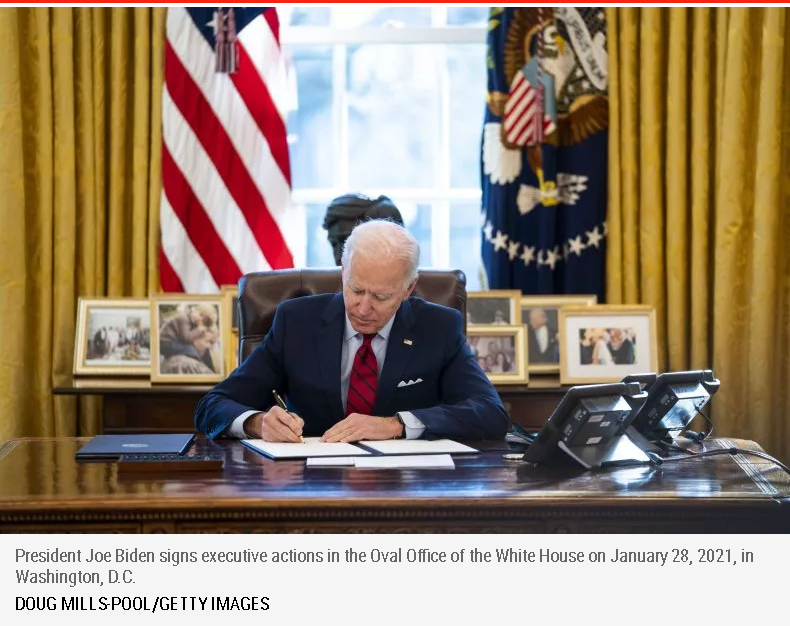 In the final days of the Trump administration, former Secretary of State Mike Pompeo declared that China was committing genocide against Uighurs and other minorities in Xinjiang province. Whether this was intended to box in our newly elected president remains to be seen. Historically, the United States’ record on recognizing genocide has been problematic.

It should not have taken so long for Pompeo to come to such a conclusion on his last day in office, especially with the prevalence of Uighur testimonials and satellite images of Chinese camps. It makes you question the efficacy and authenticity behind the decision. It sows further doubt in our government institutions and highlights how genocide can be used as a political tool.

We have seen for decades how presidents from both parties use the Armenian genocide for political expediency. President Joe Biden has a unique opportunity to restore faith and confidence in Washington by recognizing the Armenian genocide on April 24, which marks the 106th anniversary. Through this small but significant move, Biden can upend the status quo by sending a strong message to the world that the United States is committed to upholding democratic values and principles in the wake of Trumpism.

The politics of genocide can be complex. But it does not have to be. Armenian Americans know all too well what happens when politics can supplant human rights. It builds distrust and unbridled cynicism with our elected officials and leaders in government. It fosters apathy. Sadly, this is a direct result of what happens after years of being lied to and misled.

Every presidential election cycle is met with promises from candidates vowing to recognize the Armenian genocide, which is still denied by Turkey to this day. Whether it is on the campaign trail in search of votes or holding fundraisers, candidates from George W. Bush to Barack Obama have all promised to recognize the Armenian genocide as president. But once in office, they capitulate to Turkish pressure and bow to the altar of realpolitik by using euphemistic language and verbal gymnastics to describe what a vast majority of historians acknowledge as the first genocide of the 20th century. For deniers like Turkey’s President Recep Tayyip Erdogan, the Armenian genocide is fake news and one big conspiracy despite historical evidence.

For Joe Biden, the Armenian genocide is an issue that is visceral and a part of his political career. As chair of the Senate Foreign Relations Committee, Biden cosponsored numerous bills including the Armenian Genocide Resolution (S. Res.106) and introduced legislation condemning the murder of Turkish Armenian journalist and human rights advocate Hrant Dink for his advocacy of the genocide. Most recently, Biden pledged to recognize the Armenian genocide and make human rights a priority if elected president, following the campaign playbook of his predecessors.

But unlike former presidents in recent history, Biden has taken the oath of the presidency during a time of great division and distrust in our country. It is one of the reasons why he made restoring faith and trust in government a key part of his agenda.

In some ways, recognizing the Armenian genocide can help those efforts. For starters, it is a bipartisan issue that can help bridge the divide between both parties. Biden can set the tone for bipartisanship early in his presidency by pushing for recognition this April.

Two years ago, Congress passed a non-binding resolution that affirmed recognition and defined American policy on the Armenian genocide as the systematic mass extermination of 1.5 million Armenians by the Ottoman Turks from 1915 to 1923. Assyrians and Greeks were also murdered during this period. The Trump White House sought to block the resolution on the Senate floor to placate Erodgan.

In many ways, the Armenian genocide has increasingly evolved from being known as the “forgotten genocide” to the political one. It is no coincidence that Pompeo appeased Turkey by omitting the murder of Armenians by Ottomans from his list of groups victimized by crimes against humanity in his announcement about the Uighurs.

In an age when reaching across the aisle is seen as more of a vice as opposed to a virtue, Biden has a chance to fix our politics through an issue that both parties can agree on. There is a reason why both Democrats and Republicans have sat amicably on the Congressional Caucus on Armenian Issues since its founding in 1995.

Biden took office at a very precarious time in the U.S.’ relationship with Turkey. A time that has witnessed Washington turn a blind eye to Ankara’s malfeasance and wonton disrespect for the rule of law, including its ongoing campaign to deny the Armenian genocide. The world needs more honesty and candor. Biden can meet this moment by holding purveyors of subterfuge and deceit accountable for their actions.

Victims of genocide deserve better from public servants. They deserve the truth.

Stephan Pechdimaldji is a public relations professional who lives in the San Francisco Bay Area. He’s a first-generation Armenian American and grandson to survivors of the Armenian genocide.

The views expressed in this article are the writer’s own.