Is Turkey’s opposition not as sexy as Navalny? 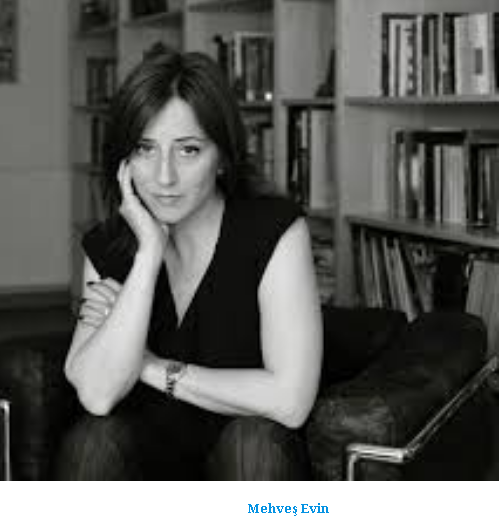 Why is the Western media ignoring thousands of cases filed against Turkish opposition voices? Why doesn’t Selahattin Demirtaş – who has been imprisoned for more than 4 years against ECHR decisions – get half as much attention as Navalny does?

I listen to various podcasts and read news about Europe and the United States. These days, Russian opposition leader Alexei Navalny and the recent protests in Russia – which are very exciting and deserve in-depth coverage – have dominated “foreign news”.

Yet I cannot hear what’s going in Turkey. Even the resistance staged at Boğaziçi University against the unlawful appointment of a new rector and the hundreds of students being detained and targeted over and over again by Turkey’s president and his coalition partner Bahçeli do not get much attention.

Which makes me wonder:

Why is the Western media ignoring thousands of cases filed against Turkish opposition voices?

Why doesn’t Selahattin Demirtaş – who has been imprisoned for more than 4 years against ECHR decisions – get half as much attention as Navalny does?

Although the European Union has called for the release of Osman Kavala once again, why is the European media not eager to cover this story? Is is too boring? Is it the “same story” all over again?

While journalists, lawyers, students, academics, artists and ordinary people, as well as 14 year old kids are detained, harassed, tried or called “terrorists”, why isn’t anyone paying attention to them?

I don’t think that the “Turkey subject” has worn out. Whenever President Recep Tayyip Erdoğan makes a harsh comment or critical move, he gets all the attention. But the people of Turkey do not.

Definetely not the Kurds, unless it has to do with the YPG or PKK. Definetely not women, who get killed every day and get their fundamental rights restricted.

I’m sure correspondents covering Turkey are trying to do their best, while they are oppressed like their Turkish colleagues. In order to work in Turkey, one needs to get the approval from the Directorate of Presidential Communications, get their press card, plus accreditation for special events. So if a journalist is a tad critical, he/she might get deported, as so many have.

Still, there are a handful of journalists and critical media in Turkey that remain and try to do their best, reaching out to people and tell their stories. They are left alone.

Turkey as the overseas “aggressor” overseas largely dominates the news, but no one seems to be interested as to how the regime has been changed step by step throughout these past 2.5  years. How the ultranationalist-Islamist alliance has taken hostage of the entire country as the rule of law, democracy and pluralism have been drained.

Which again, leaves me thinking: People are probably fed up with the continous oppression and violation of rights. It’s not “news” anymore.

This is exactly what the regime wants and how it functions:

Let’s not take care about ECHR decisions – what power do they have?

Let’s not reach a decision in courts and curb the quest for justice. Critical cases related to the authorities, like Hrant Dink’s murder in 2007, the enforced disappearances, the Berkin Elvan case and even torture cases dating back to the 1990s which will all be forgotten in time.

The endless trials on free speech and press freedom eventually wane. Every week, more than 10 trials are held against journalists. That’s just the new normal.

Cases like the Çorlu train accident, the Soma mine disaster are also to end with impunity, so no one dares to hold the authorities accountable.
I feel desperate and angry. I don’t believe things will change with a new election, I don’t have faith in the electoral system and don’t see any effective oppositional policy or leader. Opposition leaders cannot challenge the Presidential Regime’s orders. In fact, some act in line with the authoritarian discourse, especially when it comes to the Kurdish issue, military interventions and “religious values.”

Authoritarian leaders and policies in the world do not only cause harm to their own countries. They have widespread effects across the world.

As political scientist Dinçer Demirkent puts it, “They borrow strategies from each other. The widespread targeting of people on the grounds that they are ‘terrorists’ is crucial to their policies. What’s new now in Turkey is that the targeting is more ambigious. People cannot rely on the judiciary or institutions.”

I hope some will pay attention before it is too late. Or perhaps it already is.