U.S. Warns Armenian Military Not To Meddle In Politics 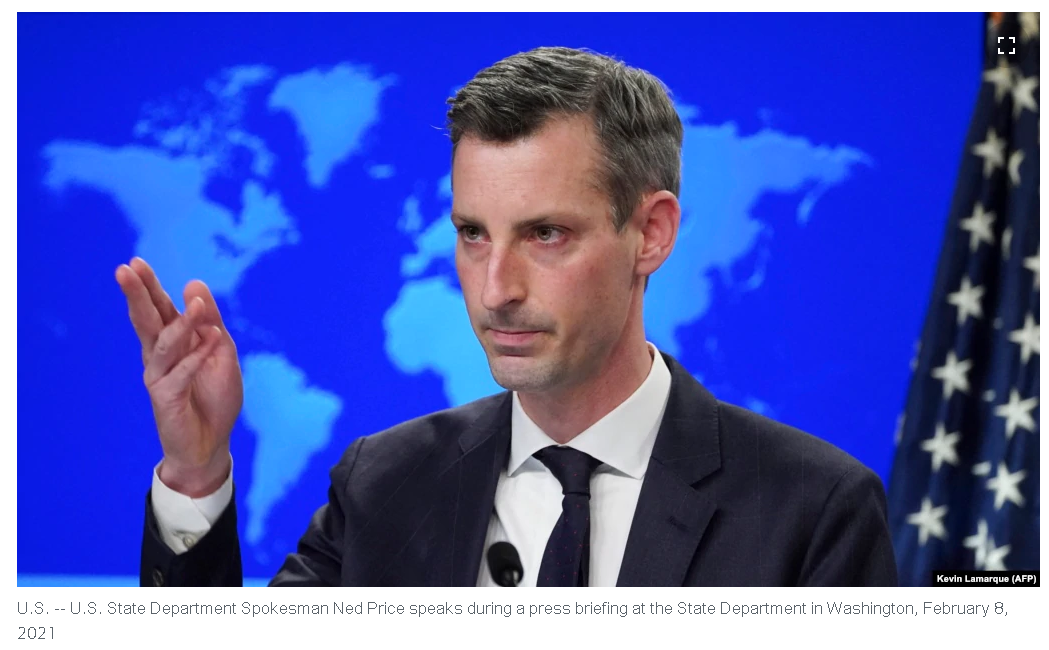 The U.S. State Department has warned Armenia’s armed forces to stay out of politics but stopped short of calling their demands for Prime Minister Nikol Pashinian’s resignation a coup attempt.

“We urge all parties to exercise restraint and to avoid any escalatory or violent actions,” Price told a daily news briefing in Washington. “We remind all parties of the bedrock democratic principle that states’ armed forces should not intervene in domestic politics.”

“The United States has been a steadfast supporter of the development of democratic processes and institutions in Armenia. We continue to support Armenia’s democracy and its sovereignty, and we urge its leaders to resolve their differences peacefully while respecting the rule of law, Armenia’s democracy, and its institutions,” he said.

The U.S. Embassy in Yerevan issued a similar statement earlier on Thursday amid mounting political tensions in the country.

In an unprecedented statement, the Armenian military’s top brass demanded the resignation of Pashinian and his government, accusing them of putting Armenia “on the brink of destruction” after the war in Nagorno-Karabakh. Pashinian rejected the demand as an attempt to stage a military coup.

Price made clear that the military’s actions have so far not met Washington’s definition of a coup d’etat.

“As you know, the Department of State has a process to determine whether a coup has transpired … Of course, there has been no such determination in this case,” he said.

Unlike Pashinian, Armenian President Armen Sarkissian did not describe the military’s demands as a coup attempt. Also, Sarkissian was in no rush to sack the chief of the army’s General Staff, Onik Gasparian, and planned on Friday to meet the latter as part of his efforts to de-escalate the political situation.