Armenia proposing restoration of rail route through Azerbaijan to Russia 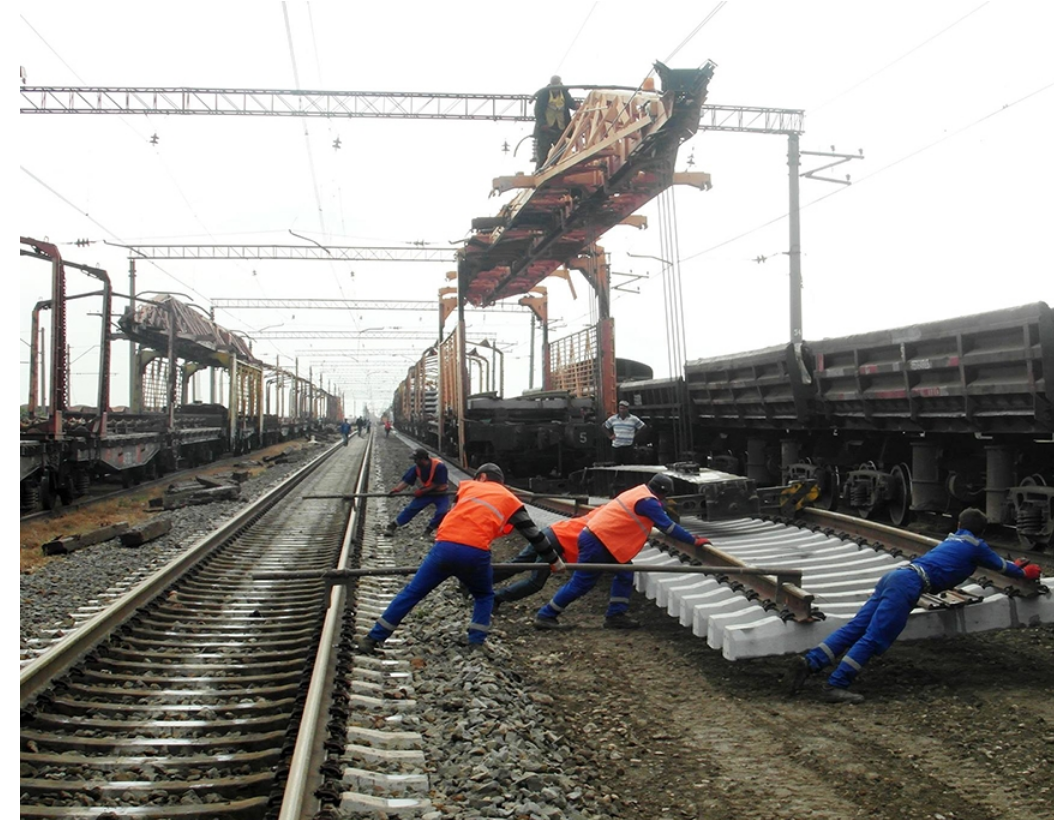 It would be an alternative connection to Russia to the route Azerbaijan has championed since the ceasefire ending last year’s war.

As Azerbaijan has been pushed for a new rail connection that would connect its mainland with the exclave of Nakhchivan through southern Armenia, Armenia is proposing its own variant: restoring another Soviet-era railroad further north that would offer it an alternate route to Russia.

The November 10 Russia-brokered ceasefire statement that ended last year’s 44-day war between Armenia and Azerbaijan calls for “all economic and transport links in the region” to be “unblocked.” It gives only one specific example: transport links that Azerbaijan would be able to use to reach Nakhchivan through Armenia. The document further specifies that security on the route would be ensured by Russian security forces.

But in Armenia, that route offers fewer advantages than another route, connecting Yerevan via Ijevan in northern Armenia with Gazakh, across the Azerbaijani border, to Baku where it could then connect to a line heading to Russia. Most of that line remains operational except for the Ijevan-Gazakh section.

The route via Ijevan and Gazakh was first constructed in the 1980s as an alternative route connecting Yerevan to Baku (the route through Nakhchivan was constructed in 1941) but it was abandoned in 1992 amid the first war between the two. According to a 2016 report in the newspaper Aravot, everything in the abandoned section from the stations to the transmission lines had been looted.

Armenian media and local analysts have been discussing the possibility of that Ijevan route, either instead of or in addition to the Nakhchivan route, but officials themselves have been relatively reticent.

In a May 2 report, local news website CivilNet reported that the office of Deputy Prime Minister Mher Grigoryan will formally propose the route in a tripartite working group, along with counterparts from Russia and Azerbaijan, that is putting together proposals for new and restored transportation routes throughout the region.

A day earlier, Grigoryan told Armenian Public Radio that specific routes will be publicly discussed only after the state of the Soviet-built infrastructure can be examined.

“The most likely option is to restore previously existing infrastructure,” Grigoryan said. “But the condition of that infrastructure, the timeline and resources that will be required will only be known after the technical inspection.”

The trilateral discussions about the new infrastructure remain opaque, but it is clear that Azerbaijan is interested primarily in the Nakhchivan route.

“Baku wants to have the road where the Armenian authorities will have no say, with no passport or customs controls, only the Russian [security services] protecting the cargo travelling from southern Azerbaijan to Nakhchivan,” said Olesya Vartanyan, a Tbilisi-based analyst for the International Crisis Group. “Yerevan considers this unfair and wants equal rights and responsibilities for both countries and for all the roads in the region, including the one that runs through Ijevan,” she told Eurasianet.

The railroad through Nakhchivan has been one of Azerbaijan’s highest post-war priorities. Azerbaijani officials have been calling the plan the “Zangezur corridor,” referring to the name Azerbaijanis use for the region, and President Ilham Aliyev has threatened Armenia over what he says is Yerevan’s foot-dragging. In an April 21 interview with state television he said: “We are implementing the Zangezur corridor, whether Armenia wants it or not. If they want it, it will be simpler; if they don’t want it we will resolve it by force.”

Aliyev’s comments followed a visit four days earlier by Armenian Prime Minister Nikol Pashinyan to southern Armenia in which Pashinyan downplayed the idea of the new rail line. “’Zangezur corridor‘, ‘Zangezur corridor’,” Pashinyan said in a mocking tone, arguing that there is no obligation to create a route through any particular territory. “We are emphasizing that in the jointly signed document there is no expression ‘Syunik’ [the Armenian name for the southernmost part of Armenia], ‘Zangezur,’ ‘Meghri’ [the largest city in the region], or ‘corridor,’” he said. But Pashinyan also emphasized the benefits that Armenia would gain from rail access to Iran and Russia, adding: “We will give a road for a road.”

Azerbaijan may be interested in making a deal with Armenia to create both rail routes, said Fuad Shahbaz, a Baku-based analyst. Armenia’s demands to open the Ijevan route “should be okay for Baku, and Azerbaijan would even financially support the Ijevan route reconstruction” if Armenia agreed to the opening of the Nakhchivan route, he told Eurasianet.

Shahbaz said that “the Azerbaijani authorities understand” that Pashinyan is in a tight spot with respect to the Nakhchivan railroad, as elections are coming up and many Armenians see the new railroad as a threat to their sovereignty. “I expect that they [the Azerbaijani government] will soften their rhetoric so as to not complicate his [Pashinyan’s] position in Armenia and if he is successful in the election, I expect him to compromise on this issue and in exchange Baku would also go for the Ijevan option,” he said.

Vartanyan is not so sure. “If Yerevan agrees with the notion of a ‚corridor’ through Syunik with the promise that the rest of the roads can open later, most probably this will leave Armenia with no chance for transiting its cargo through Azerbaijan to Russia any time soon,” she said. “Azerbaijan will get what it wants and Armenia will be left only with a promise, which may not come true during our lifetime. If there is no pressure from Russia on Armenia, the talks can continue for years with no ‘corridor’ and all other roads staying closed, the way it has been for decades.”

With additional reporting by Joshua Kucera.

Ani Mejlumyan is a reporter based in Yerevan.