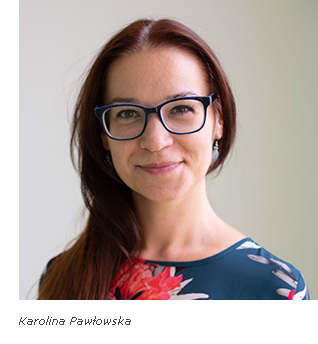 Special to the Mirror-Spectator

Following the recent outbreak of the Ukrainian crisis, even though being highly sympathetic towards the tragic circumstances of the Ukrainian people, I cannot help the overwhelming feeling of bitterness which also seems to be one of the leading common moods in Yerevan. Talking to friends and relatives in Poland and abroad, I witness their extreme empathy and highly emotional responses to news from the frontline. This comes also from my closest relatives and significant others with whom I talked regularly during the Second Karabakh War and who were highly informed about everything happening in Artsakh. They have seen the images of Stepanakert under constant shelling, families with children leaving their belongings behind and weeping mothers grieving their adolescent sons.

Yet, the response seems somewhat different and while confronting that, I was immediately told that these situations cannot be compared. Sadly, I cannot disagree, though not in the way it may seem. Suddenly the West has no difficulty with clearly seeing the difference between an invasion and military operation, between democracy and autocracy, truth, and state propaganda and finally, between who is attacking and who is defending itself. While being, as always, somehow varied in political and military responses, there is almost full moral clarity regarding the moral aspect of these events.

At the same time, Russian money has penetrated European politics to the same extent (or more) as Azerbaijani and harsh and long-lasting sanctions on Russia may soon bring some discomfort to Western citizens. Yet, the public and most of the leading politicians are intensely advocating for Ukraine without any doubt that this is the right thing to do.

Volodymir Zelensky has risen to the status of a superhuman while Nikol Pashinyan was treated by Western journalists with an obvious degree of paternalism and blamed for the escalation. It took four days to ban Russia from major sport competitions while many Western leaders have joyfully attended the Union of European Football Association (UEFA) Championship in Baku when hundreds of Armenians POWS were still illegally detained. I have not seen Western public opinion empathising with the people of Artsakh, who were given only a few days to leave all their lives behind. Similarly, Yemen, Syria and Palestine have somehow expired in the news cycle. The suffering of these people is well known and somehow ignored as a price for being born on the wrong side of geopolitics.

These double standards cannot be merely explained by economic or political circumstances, nor by the fact that Ukraine is somehow close and Armenia seems distant and unknown…not even by the fact that Vladimir Putin always held the title of the main villain of Europe. They reflect the deeply biased cultural view of geography since both the notions of East and Orient have been established in common perception of lands beyond what we perceive as the Western hemisphere. The deep Orientalism of European and American thinking, significantly pointed out by Edward Said, still dominates Western narratives.

It is fully understandable that political and economic support were not easy to provide. The problematic in global responses to the Second Nagorno Karabakh War was the significant failure to recognise Armenians as victims of the aggression. At its deepest core, such perception stems from the fundamental assumption that conflict is an inevitable part of the Caucasus and Middle East, as it lies in the nature of its people. Violent territorial disputes are subsequently blamed on both sides as people in the region are not (yet) civilised enough to use clean, political measures. Alternatively, they are explained through the lens of a post-Soviet conflict legacy even though adequate measures such as recognition of Nagorno Karabakh independence could have been taken by leading world powers thirty years ago. The East, as the Russian sphere of influence and domain of oligarchic ambitions, is by default messy, dirty, brutal, and chaotic. The politicians lack proper manners, the people cannot be reasoned with nor think for themselves.

We cannot forget that during the Nagorno Karabakh war volunteering at the frontline was perceived in the international media not as an act of patriotism but as naively falling for a raging nationalist narrative. Border clashes which preceded the war were labelled as Armenian provocations as it was somehow widely accepted that the country of 3 million inhabitants and nominal GDP similar to Madagascar would attack the one of the leading oil suppliers to Europe. The asymmetry of that conflict was painfully ignored partly due to ignorance and mainly due to Western arrogance and conformism. Meanwhile, Azerbaijan keeps issuing international warrants for diaspora Armenians who supported the Armenian and Artsakh military, and recently for two Armenian ex-presidents. In the same vein, Ukraine creates foreign legions for volunteers from abroad and this move has been applauded worldwide.

Empathy requires the ability to recognize ourselves in the other. Ukrainian people fleeing the conflict are perceived as just like us: they come from a sovereign, civilized country. The ones who fight back are heroes defending the homeland. They did not deserve the fate of being the victims of one man’s ambitions nor regional politics. Refugees were forced to leave their lives behind, and we easily put themselves in their shoes as their lives are as valuable as ours. Indeed, the situation is different. As I am writing this, the Armenian Ambassador to Poland Samvel Mkrtchyan is standing alone in the cold at the Medyka border crossing trying to provide assistance to Ukrainian Armenians who may not be granted refugee status in Poland due to lack of Ukrainian citizenship.

Karolina Pawłowska is a cultural anthropologist finalizing her Ph.D. thesis on the repatriation of the Armenian diaspora, affiliated with the University of Adam Mickiewicz in Poznań (Poland). She used to work at the American University of Central Asia and the American University in Armenia, teaching mainly academic writing, anthropology, and culture studies. Living in Armenia for more than six years within the span of the last decade, she has witnessed various social and political processes and developed a deep interest in multiple aspects of Armenian culture and society. During the Second Nagorno-Karabakh War, she was engaged in initiatives aimed at fighting disinformation and raising awareness of Karabakh issues.