Turmoil in Turkey on Letter by Gulen Recognizing the Armenian Genocide. 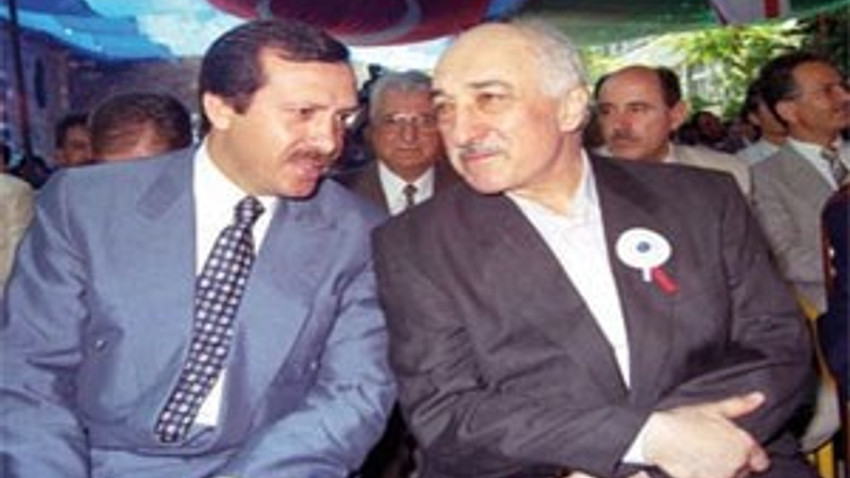 MAY 18, 2020: The Armenian Mirror-Spectator
by Harut Sassounian

A major controversy erupted in Turkey last week after a pro-Erdogan Turkish Islamist magazine Gercek Hayat [Real Life] claimed that the controversial Turkish Imam Fethullah Gulen had written a letter on May 6, 1965 acknowledging the Armenian Genocide. The letter is included in a special 176-page edition of the magazine which belongs to the editorial group of the pro-government newspaper Yeni Safak, owned by the family of the Turkish president’s son-in-law.

Gulen escaped to the United States in 1999. Later on, he and President Erdogan became antagonists after a lengthy collaboration during which Erdogan had used Gulen’s contacts and resources to come to power. In 2016, after the attempted coup d’état in Turkey, Erdogan accused Gulen of being the mastermind of the coup. Erdogan jailed and fired tens of thousands of Gulen’s followers. Since then Erdogan has made repeated requests to the US Government to have Gulen extradited to Turkey, where he faces certain death. The United States rejected Erdogan’s requests. Even those accused of associating with Gulen, who were living outside of Turkey, were kidnapped by Erdogan’s secret agents and brought back to Turkey to face harsh charges.

Under these circumstances, when a pro-Erdogan magazine accused the leaders of religious minorities and others in Turkey of associating with Gulen, they became rightly concerned about their physical well-being and possible attacks on their religious and cultural institutions.

Here are excerpts of Gulen’s May 6, 1965 letter: “I have known Armenian families and individuals during my childhood and working positions. I will not stop cursing the Great Genocide committed against Armenians in 1915. I know that among the people killed and massacred were many highly respected individuals, for whose memory I bow with respect. I curse with great grief the massacre of the sons of the Great Prophet Christ by ignorant individuals who call themselves Muslims.”

The Turkish magazine reported that in response Shnorhk Patriarch thanked Gulen, stating that the country needs preachers like him: “We believe that the fraternal ties will remain intact in our sacred country where there are valuable and fair-minded preachers like you.”

Gulen’s purported 1965 letter is typed on a paper that appears yellowish, making it look authentic. In 2013, while in the US, Gulen issued another statement which said: “The Ittihadists committed the wrong policy. It is up to us to correct the wrong policy of the Ittihadists. That is why we should be in a very good dialog with Armenians and other nations. For the sake of a dialog, we should use every opportunity in the best possible way.”

The good news is that the religious leaders of minority communities in Turkey had the courage to harshly criticize the Turkish magazine. The Armenian Patriarchate issued a statement in which it “regretted the false accusations against Shnorhk Patriarch. Such writings under the umbrella of freedom of the press cause pain to us and can lead to horrible consequences. These falsehoods are worrisome to the Armenian Patriarchate of Turkey and the Armenian community. Racist manifestations, as elsewhere, also seen in this country, make it impossible to escape from their consequences…. Such baseless mud-slinging is unacceptable to us. We believe that the relevant authorities will stop this injustice and hope that the rules will be enforced, taking the necessary steps against the authors.”

The Greek Orthodox Patriarchate also condemned the Turkish magazine, calling the published information “completely false and biased…. The publication of these claims cause distress among Christians, Jews and Muslims and are particularly serious and irresponsible, because they undermine the unity of our people…. Such information is extremely dangerous and could be the cause of dangerous acts of racism and intolerance. The Ecumenical Patriarch Bartholomew feels very bitter and resentful for the accusations that have been made against him, despite his efforts for the good of our country.”

The Jewish community in Istanbul also criticized the Turkish magazine: “We condemn the discrimination and provocation caused by these publications, with baseless accusations against our Chief Rabbi. These hate publications are damaging Turkey. For our part, we hope for an immediate restoration of the truth against these publications of hate – through correct information and legal means – as they influence our Turkey, of which we are an integral part.”

Meanwhile, the Armenian member of the Turkish Parliament, Garo Paylan, referred the controversy to the Parliament by writing to the vice president of the country, Fuat Oktay: “Can’t the expressions of hatred used periodically by the news media close to the Turkish President result in crimes based on hatred?”

I would like to conclude with three key points:
~~~~~~~~~~~~~~~~~~~~~~~~~~~~~~~~~~
1) Fethullah Gulen was the ally of Erdogan before the latter asserted his dictatorial powers. The publications close to Erdogan, rather than blaming the leaders of minority religions and others, should first of all blame Erdogan for his long years of association with Gulen!

3) The minority communities in Turkey are terrified by the article in the Turkish magazine because they know that there are plenty of extremists in Turkey who will resort to horrible acts of violence against Armenians, Assyrians, Greeks, Jews and Kurds. Their fear is justified. These minority community leaders should be commended for boldly speaking out against the threatening article in the Turkish magazine.